Rapper/ bad boy For life/ general boss at life Sean P. Diddy Combs or whatever the fuck his name officially is has been arrested by the UCLA Police Department (lolol) for assault with a deadly weapon. The deadly weapon in this case is a kettlebell and no, we are not making this shit up.

UCLA issued a statement saying an altercation took place at UCLA’s Acosta Athletic Training Complex that led to Diddy’s arrest on a charge of assault with a deadly weapon, which was a kettlebell.

Diddy’s son, Justin Combs, is a defensive back on the team. TMZ reported that Diddy got into a dispute with UCLA assistant football coach, Sal Alosi, a former New York Jets strength coach who was suspended by the NFL in 2010 for tripping a player.

No one was seriously injured and the campus police department continues to investigate the matter. The music mogul is expected to be transported to the Los Angeles County Sheriff’s Department Inmate Reception Center later on Monday evening.”

If this is any bit as awesome as it sounds, then I would drop some serious Diddy dirty money to see this fanfare. You just know Diddy was 1000% right in this sitch. Sal Alosi… that’s the dude who coached on the Jets who tried to end Nolan Carroll’s life that one time on that punt return by tripping him while he was flying down the sideline. Now you’re going to get into shit with Diddy? Alosi also apparently got into trouble in college for breaking into a dorm room with some teammates and beating the shit out of three students. Guy sounds like a real piece of work. There are just certain people you have to know better than to start shit with and Diddy is most certainly one of them. I thought it would have been more fitting if instead of a kettlebell he cracked open 2 bottles of pineapple ciroc and started wielding them like katanas, but I guess kettlebells are still pretty cool weapons too. I can also imagine how scared he must have been with the campus police handling the situation. Dude used to fucking chill with Biggie Smalls back in the day and now some UCLA cops are gonna tell him not to smash a kettlebell over someones skull, I’m fucking sure. We’ll keep you posted on any more developments as they come in. 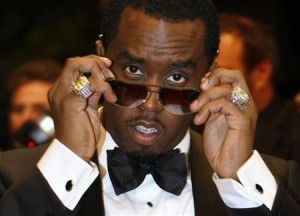 You can check out the full story here: