In case you haven’t heard yet, Kobe Bryant is retiring at the end of this current 2015-2016 NBA season. Kobe announced his decision via The Players Tribune (an absolute must read, you can cry, it’s OK) in a poetic entry. This finally puts an end to the speculation of when the storied career of the iconic legend will come to an end.

Immediately after hearing about his retirement I questioned whether this was actually legitimate, whether Kobe was actually retiring or if it was one of those deals where they tug back and forth about returning or not. But after reading the announcement I am thoroughly convinced this is it for #8, or #24, The Black Mamba, or whatever else you want to call one of the best basketball players of all time. He basically says, among other things, that his mind and desire for the game is still there but the physical limitations are just too strong to continue. As a fan it’s definitely a bittersweet proposition but also a huge sigh of relief. As someone who respects Kobe and all of his accomplishments, I really didn’t want to see him drag this thing out and do what way too many athletes have done and stick around too long, it would just be too sad to watch. Kobe’s too good for that. If anything, one could argue that he should have retired already, but you can’t knock his approach. He was injured and gave an honest attempt to come back and compete at a high level, nothing wrong with that. The Lakers have a lot of young talent and while none may have the career Kobe had, it’s their time to represent the Lakers and try to get them back to their usually esteemed status. It will be sad to watch the NBA sans Kobe Bryant, but it would have been even sadder to watch him come off the bench and play limited minutes on a losing team. Love or hate, isn’t it hard to imagine the league without “8”? Adore or abhor, it just won’t be the same without 24. 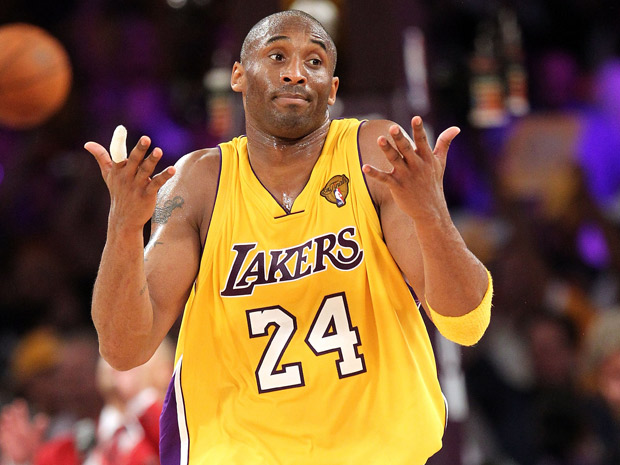 Here’s a link to his announcement: