Scientists found that those who didn’t consume processed and red meats had lower dopamine levels than those who did, a major contributor of mental illness.

Tyler Collins, 21 year old junior at Arizona State University wasn’t shocked by the findings. “I think it definitely makes sense dude. Last night we had a social with Zeta and just got obliterated off this handle of $13 tequila I split with my boy Blake. I woke up in the bushes outside of the house and just felt like complete death bro. I made some pledge drive me and Blake to McDonalds and after two sausage McGriddles my hangover felt like way better. I don’t know what I would have done without those things man, I could have lost my mind and done something drastic to myself. Those little things saved my life”.

Collins isn’t the only one who not surprised by the findings. 29 year old Shayna Goldfarb, active JDate-r and owner of six cats says she’s been using processed and red meats as an anxiety remedy for years. “With work being so stressful, I need a little something to take the edge off. I’ve never been one for drugs and alcohol and with the gym being so far from my apartment I started a little weekend tradition of treating myself to a pepperoni pizza from Papa Johns. I just really feel like a better person with it in my life. I even give my little Ollie a piece or two of pepperoni since he’s the best behaved of the bunch! hehe =)” 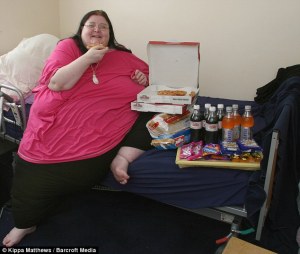 Researchers even went as far to say that low levels of these meats could be as harmful as not having a cigarette when drunk or not taking adderall before studying. Experts are pushing for increased processed and red meat educational campaigns in an effort to raise awareness about illnesses that affect millions of Americans on a daily basis.