Dolph Lundgren aka the dude who played Ivan Drago in ‘Rocky IV’ has been confirmed as the star of the upcoming Kindergarten Cop sequel.

According to The Wrap, Lundgren will not be resurrecting the role of Detective John Kimble from Ivan Reitman’s 1990 original. Naturally, he’s still playing a cop who goes undercover as a kindergarten teacher, but this time it’s to find a missing flash drive from the Federal Witness Protection Program.”

Now this sounds like a must see. ‘Kindergarten Cop’ is an iconic piece of cinema, combining action and comedy and a gaggle of quotable lines. Seriously, it’s never not funny when someone says “it’s not a toomah!” in Ahnold’s voice. Usually sequels never touch the original but I think this one has a real shot. Nothing gets my oscar boner racing like a straight to DVD, B movie starring Ivan Drago, one of the only foreign actors worthy enough to follow up Schwarzenegger. If he says “I must break you” to a kindergartner I’m going to break my TV by putting a clenched fist through it. We’ll keep you posted with any news of a release (to DVD or Netflix obviously since it’s going to be too good for theaters) date.

And just for good measure… https://www.youtube.com/watch?v=OaTO8_KNcuo

You can check out the full article right here: 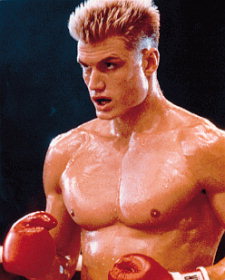