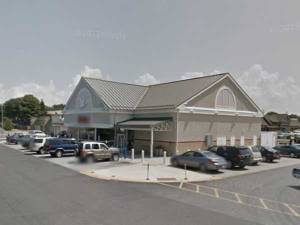 I’ve had some eventful Wawa trips in my day, but I don’t think any stack up to 36 year old Terron Reeds of New Castle, DE. Guy goes into Wawa and places his order, only to be told that it couldn’t be made the way he ordered…and thats when shit hit the mother fucking fan.

“Instead of adjusting his meal, the 36-year-old Bear, Del., man threw a coffee display stand at a worker, then tried to strangle her, threw her to the ground, and threatened to shoot other employees before leaving the convenience store, according to Delaware State Police.”

OK I know what you’re thinking, but trust me, there’s two sides to this story. The first thing that comes to your mind is obviously that this guy is just batshit and should be locked in a cage. You don’t just assault an innocent worker because they couldn’t make your order the way you wanted it. It’s fucking Wawa, they have so many different things, like you can always get something else and be satisfied.

BUT, theres so many burning questions that are left unanswered in the Philly.com report. First off, I wonder why the order couldn’t be completed as requested. The little machines in Wawa allow you to customize your grub exactly the way you want it, so there should be no discrepancy as to what my man wanted. I’m assuming they ran out of an ingredient, the question would then be what ingredient. Like if the dude ordered the buffalo chicken finger sandwich and they had no buffalo sauce, then thats asinine, it shouldn’t have let him even order it. What if its bacon? It’s bad enough they tempt you with that very last question and you ponder and eventually cave, only to find out “hey just kidding we actually dont have any!”…seriously fuck that. The other reason I feel for this guy is this all went down at 2:30 am. I know what those 2:30 am Wawa trips are like. You get these certain cravings that just become so intense that the only thing that can satisfy it is, well, the exact thing you wanted. One time I made the trip to Wawa specifically for a warm chocolate chip cookie (unbelievable) only to find out they didn’t have any. I wasn’t the most calm and collected dude either. Not to mention I’ve said some fucked up shit to Wawa employees past 2 am before. I don’t remember what I’ve said and never will, but some perverse, immature, offensive comments have definitely been made. Hey, it happens.

The cops eventually caught up with him and charged him with a bunch of normal stuff like strangulation and terroristic threats, and was later released on $5,550 bail. Damn, now thats an expensive Wawa trip.

Heres a link to the original article from our good friends at Philly.com